Coming into this game, we were unsure whether or not the match would be called off due to the constant downpour of rain since the weekend. But following an early pitch inspection passed the game fit to play, both teams battled through the elements and left a much-changed Bury team leaving the Wyre with a hard-fought 5-1 win thanks to goals from Scott Metcalfe, Liam MacDevitt, and a hat-trick of penalties from Tom Greaves.

Bury made a number of changes from last week’s loss at home to Prestwich Heys with new signing Jono Hunt slotting into the back-line, Moore moving into the midfield holding role and Liam MacDevitt coming in for his first start up front. Matty Williams also returned, from injury sustained against Darwen, at right-back. 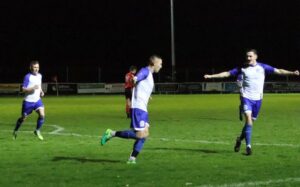 However, it was ever-present skipper, Scott Metcalfe, who broke the deadlock after Tom Greaves ball was flicked on by MacDevitt and Metcalfe was there to slot it home in the fourth minute, giving the away side a comfortable start to the game. The pressure was on for Garstang again, as ‘keeper Samuel Kellett won a foot race with Greaves to clear the ball in a one versus one situation.

From then on, the ‘Stang worked their way back into the game well, with a spell of constant pressure and chances being created from right-back Daniel Birch, the best chance falling to Andrew Murphy who pulled a sharp shot down low to Wilczynski’s left.

With balls going out of play and finding their way on the neighbouring cricket field and one even popping, forcing the referee to call a stoppage to change the ball, Bury’s chances were mainly coming from set-pieces as result of niggly fouls in the attacking half or corners being delivered from both sides by a combination of Metcalfe and Chippendale. 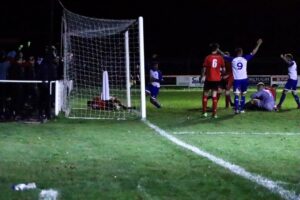 One of the corners led to Bury’s next goal on 35’, as the ball came in from Aidan Chippendale after the initial corner was blocked, with Samuel Kellett fumbling the ball after attempting to catch the cross into the six-yard box, and birthday boy Liam MacDevitt was there to see the ball over the line, doubling the lead.

Garstang refused to count themselves out of the game and shortly after the arrears were reduced back to one, as a coming together of Ed Wilczynski and retreating Williams forced Daniel Squires to pounce on the keeper’s clearance to make it 2-1 on 41 minutes. From that point the game was on as the first half came to a close. 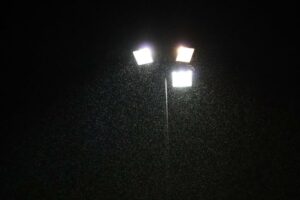 After heavy showers at the break had freshened the pitch up, both teams came out at the start of the second half, with plenty of chances at both ends. Most notable was Greaves shot in the 51st minute, which was deflected just wide of the near post, which looked to be a certain goal if it had stayed on target.

Garstang believed they had a strong shout for a penalty after Andrew Murphy went down from a challenge from Metcalfe, but after a few seconds to think, the referee waved off the shouts and declared no spot-kick.

Following this, Bury took more of a foothold of the second half, forcing more and more chances for Greaves and especially MacDevitt who forced an acrobatic save out of Kellett to keep it at 2-1. 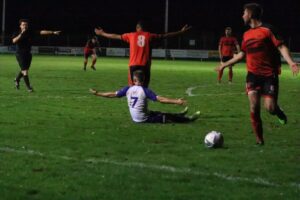 However, the game was settled after Kris Holt went down on 67’ after a poor tackle from the Garstang defence. The referee pointed to the spot, and up stepped Greaves, who had played well all game, to slot home straight down the middle of the goal to seal the game for Bury.

And the worst was yet to come for Garstang, as substitute Lewis Gilboy was taken down in the box by Phil Nagy on 87’ and the referee awarded Bury their second penalty for the night. Greaves calmly placed the ball on the spot and smashed the ball home high into the roof of the net and claim his second of the game. 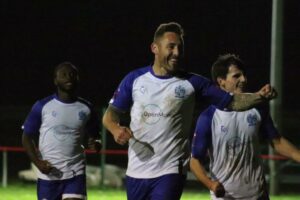 And if you think you had seen it all, Greaves was given another penalty after another substitute in the form of Kamar Moncriefe was brought down by Murphy. And just like the previous two, Greaves found the back of the net, sending Kellett the wrong way to make it 5-1 and to secure his tenth goal in his last four matches.

That result gives Andy Welsh’s men three wins from the opening four games and as the table stands today, second in the league only to Lower Breck on goal-difference. Our next game is the rearranged fixture against Golcar United, now taking place next Tuesday 3rd November at the Neuven Stadium, 7.45pm kick-off.