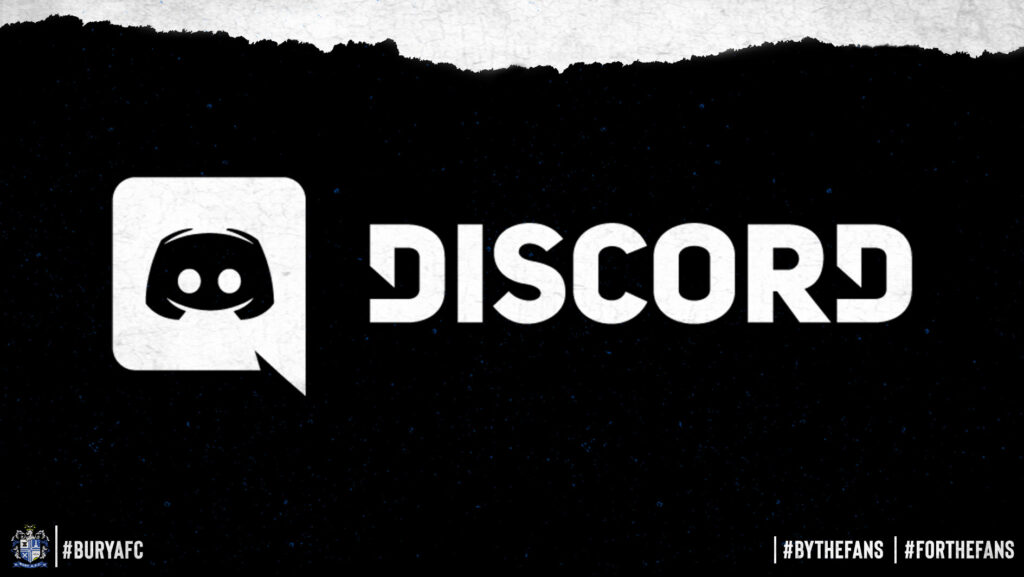 Earlier in the week, we revealed that we had created an official Bury AFC Discord server. If you haven’t already joined, we’re having a ton of fun with some amazing Shakers in the server! Come and hang out with us!

We’re delighted to be able to share our plans with you. The aim of these community days are to bridge the gap between player and you, and provide a safe, positive fun space for us all to enjoy, and work on our mental health as best as we can during lockdown.

The idea is that we focus on one player throughout a week-long schedule:

Music Monday will consist of a one-hour Spotify playlist being made by a Bury AFC player and then posted to Social Platforms for us all to get to know that player a bit more and get to know their music taste.

We will be streaming The Shaken Up Show on Tuesday live on Bury AFC’s Twitch channel. The show will feature the weeks spotlighted player and there is always a possibility of featuring a few fans on the show in the coming weeks. This show will be posted to YouTube and Spotify, as well as streamed on Twitch. Please be wary that this is a show, we may interact with Twitch chat at times, but the focus for the presenter, etc. will be on the stream and the show itself. To feature on the show, you need to be in the Discord server and follow the stream on Twitch. We’re also going to potentially be looking for a sponsor for the show, depending on viewership so any support and interest in the show is greatly appreciated!

Wednesday will feature in two parts – The morning and afternoon. In the morning, we’ll post asking for the best wallpapers which we’ll share across social platforms. We’ll also be posting Ben’s design featuring the player of the week across socials. Be sure to drop Ben a follow as he is responsible for all the graphics that we’re able to use.

Thursday will be Throwback Thursday. We’ll be recapping previous games as well as showcasing photos taken by our amazing photographers: RedLantern Photography, Andy Whitehead Photography, and RTD Photo and Video.

Friday is Movie Night. We’ll be using Netflix Party or Disney Group Watch. We’ll be using a voice channel in Discord to hang out together too. The category movie will be chosen via a poll the day before and then we’ll ask for suggestions on the movie itself and run a poll for the most popular suggestions. You never know whether the player or not could stop by for this session.

Saturday is Games Night. We’ll be posting a poll for this, asking which games we want to play. The options can be anything from Among Us to Rocket League. Any game can be suggested and played in the game night. We’ll be hanging out in Discord as well. Again, there is the possibility of AFC players and staff joining us at any point. You will also find that the gaffer, Andy Welsh’s Forza LIVE Sessions takes place on Saturday mornings.

Sunday is Self-Care Sunday. We’ll be sharing budgeting tips, cheap and healthy recipes, doing our weekly mental health check-in as well as exercises etc. It’s about taking care of yourself, and knowing what is available to you.

That’s it! This hasn’t been the easiest thing to plan and it’s not going to go 100 percent to plan every day, but we’ve all got to make an effort to try and be there for each other and go the extra mile. Hopefully, this offers everyone an opportunity to develop relationships whilst developing your wellbeing and maintaining health during these difficult times. Nothing is set in stone, if you have suggestions or want to get involved in anything be sure to get in touch via Twitter and let us know.