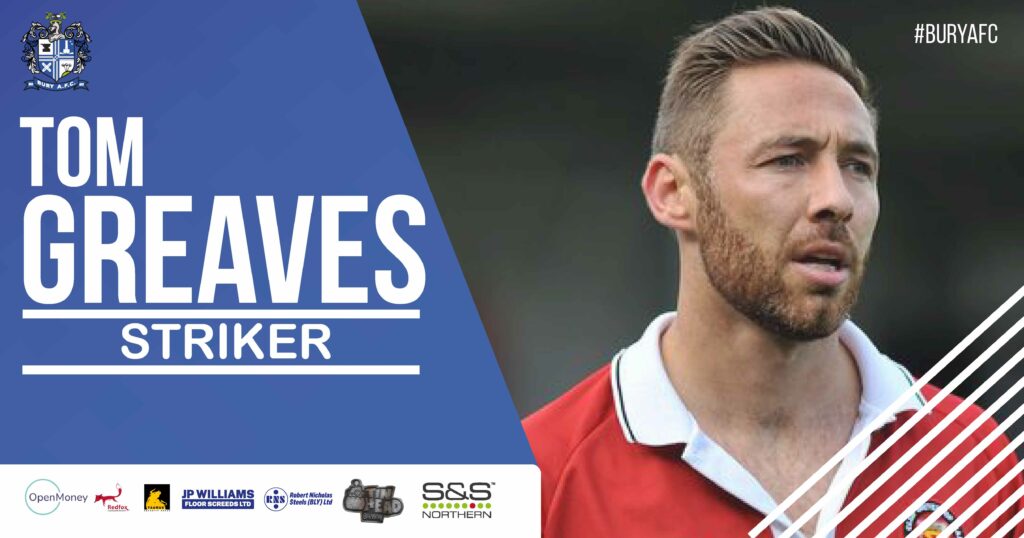 The club is delighted to announce that striker Tom Greaves has joined the club ahead of Saturday’s league game against Steeton.

Greaves started his career at Bradford Park Avenue, before spells at Guiseley, Osset Town, Bridlington. His form led to him making a move to FC United Of Manchester in which he is the club’s all-time leading scorer and subsequently managed the club before linking up with the gaffer at Ossett United in 2018.

We caught up with Tom following his final appearance for Ossett United last night:

“I’m delighted to be joining Bury AFC. I’ve kept my eye on the club since it’s formation last year and when the opportunity came up for me to sign here, after speaking to Welshy, it’s something I didn’t feel I could turn down. There is a huge buzz around the club and I can’t wait to be a part of it.

“Hopefully, we will have a great first season and bring some success to the town of Bury.”