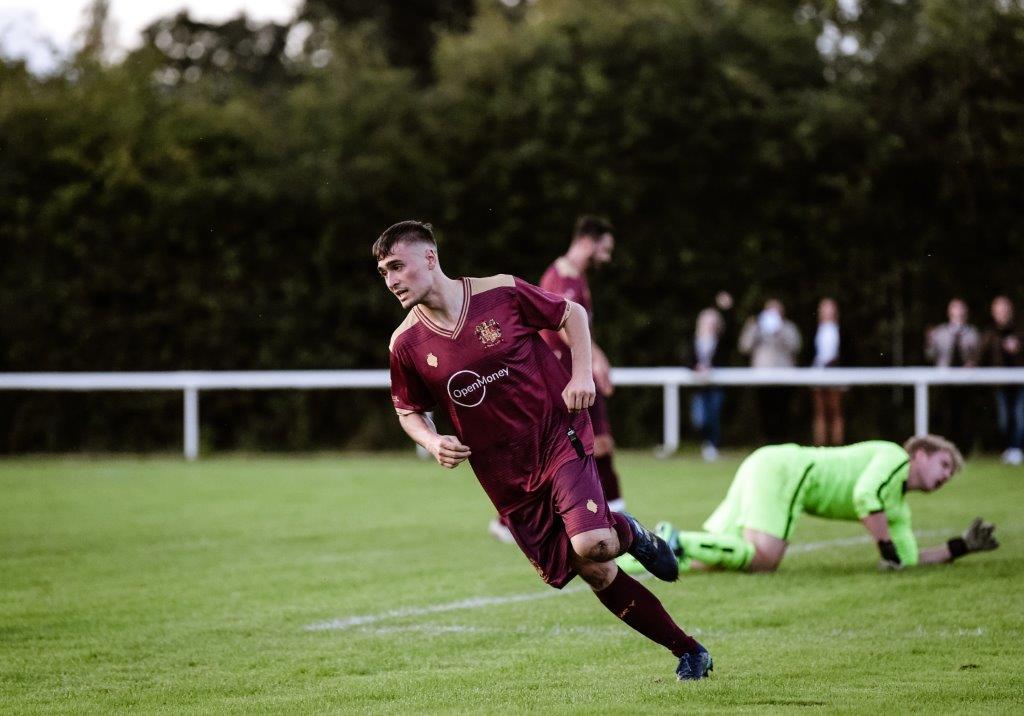 The first-ever Bury AFC game ended in victory after a 5-0 win away at Daisy Hill on Wednesday. The unusual wet and windy weather in recent days had left the ground soft underfoot, but the grey clouds had lifted in time for the game to take place in typically glorious summertime conditions.

Bury had a few chances in the opening minutes before taking the lead halfway through the first half, through Matty Williams. His side-foot finish after a cross in from the left will go down in club’s history books as the first-ever scorer.

Jack Iley had a chance for Daisy Hill on the half-hour mark, but our trialist goalkeeper had it covered and Thornton tidied it up.

Sam Cook had a couple of chances just prior to half time, first after a great cross in from George Blackwell he headed wide, and shortly after he looped a shot over the bar that would have been easier to score.

AFC controlled the first half for the majority although the Daisy Hill forwards were quick on the counter-attack.

Within 10 minutes of the restart, Bury AFC had a second. Adam McWilliam made the most of a mixup with the keeper and saw the ball over the line from the edge of the box to make it 2-0.

Bury AFC added a third shortly after, Lewis Gilboy dropped his shoulder to see off his man and curled it past the Daisy Hill keeper for his first of the night.

AFC added a fourth with seventeen minutes on the clock, the trialist wearing No 3 who was played onside by Daisy Hill and he slotted home with ease to the delight of the visiting support.

McWilliam added our fifth within the final 10 minutes. A classy near post header doubled his goal tally for the night, while the visitors were inches away from a consolation in the final minutes with Jackson rattling the near post with a shot from the edge of the area.

The first-ever game for Bury AFC ended with a resounding win for Andy Welsh’s men. A controlling performance in front of a 100 Bury AFC fans which gave them hope for the season ahead.

Highlights of our historic game are available below and match action can be viewed here.