Blog – The History of an Away Kit 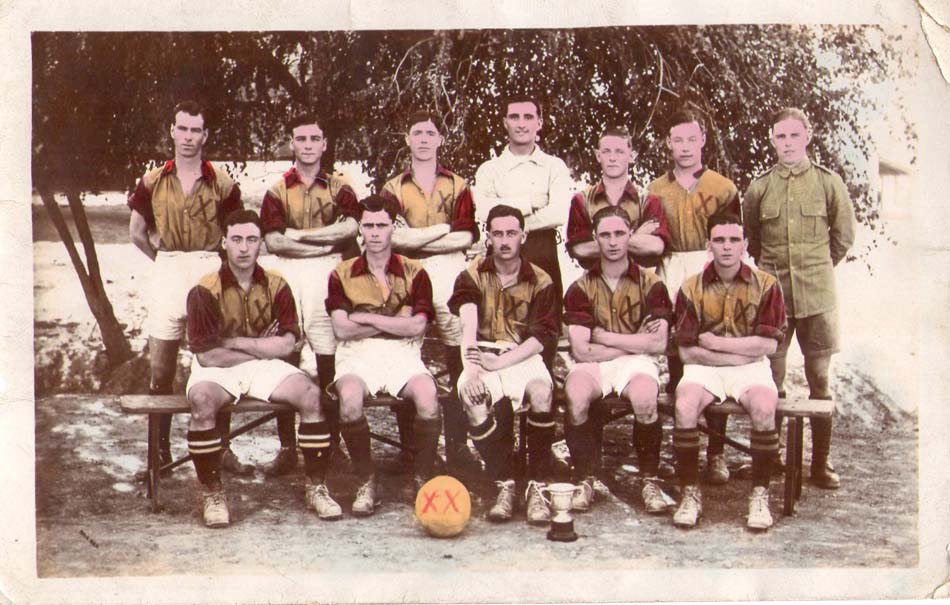 On Armed Forces Day, Adam Warrington (@adam_warrington) looks at the origins of the winner of our Away Kit Vote and its links to the Lancashire Fusiliers.

In the same way that an old song can remind you of a special time in your life, an old football kit can take you back to an unforgettable matchday. For many, including us, one look at this maroon & gold kit brings back memories of Easter Monday, 2011, and the moment that Ryan Lowe fired the Shakers into League One.

Fans recently voted in their thousands in our World Cup of Kits competition, and decided that the maroon & gold kit should be used as the inspiration for Bury AFC’s 2020/2021 away kit. With the help of The Fusilier Museum, we researched the origins of the classic kit and discovered an interesting link to The Lancashire Fusiliers.

The kit design was chosen by the club to pay homage to and celebrate the long-running relationship between Bury FC and the Fusiliers.

Burgundy was the original colour that formed the background of the Regimental Colours of the Lancashire Fusiliers, seen on the flag carried into battle by the Battalions. The gold was inspired by the identification colours on the facings of the collar and lapels of the early scarlet tunics and is a nod to the Primrose hackle worn on the Fusilier headdress.

The connection between Bury Football Club and The Lancashire Fusiliers runs deeper than the shared colours. Many fans from past and present have served in the regiment, such as Harry C. Wiggans, a local lad who grew up on Gigg Lane and was called up to serve in Gallipoli in the first world war. When he wasn’t serving, he ran his own barbershop on Tottington Road and allegedly cut the hair of all the Bury players at the time, before watching them from the stands on weekends.

There have even been some former players who fought in the Lancashire Fusiliers. Alf Smith, a former Bury FC footballer and Fusilier who served in WW1 signed for the club after being asked to play in a trial game having impressed while playing in a match for his Fusilier depot. He signed in 1908 and went on to play for the club for two seasons before finishing his career at Port Vale.

The Lancashire Fusiliers have a history as a football club as well as their association to Bury. The 1st Battalion competed in the Irish Football League over the 1892-93 season whilst deployed out of the Victoria Barracks, Belfast. They finished 3rd behind Linfield & Ulster, winning 11 of their 15 games – scoring 56 goals in the process.

The below image was also discovered on Lancashire Fusiliers History page, showing the 2nd Battalion, in regimental colours, taking part in a football competition in Peshawar (year unknown).

The 2020/2021 season will see further footballing history being made in burgundy and primrose as Bury AFC compete in their maiden season.

More details will be revealed over the coming days and Shakers Community Members will have the chance to pick their favourite kit design. Click on the link below to sign up!

1 thought on “Blog – The History of an Away Kit”